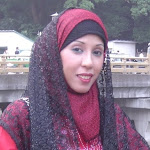 It's a curious thing about Americans. The estimated 300 million or so people seem to think they are right about how Israel should deal with the Palestinians, while there's more than a billion people on the other side of the planet that have their own ideas.

What makes the United States government right when it argues that political groups it deems as terrorists have no place as the negotiation table, but gives Israel a free pass to curb commerce, destroy infrastructure and allow the collateral damage of killing civilians to far outnumber the deaths of so-called militants?

But my instinct to generalize and stereotype Americans as Muslim-hating, anti-Palestinian, Israeli-loving-at-any-cost war-mongers is put to the test when I consider the efforts of President Jimmy Carter to negotiate with Hamas. Here's a man who has been mocked, ridiculed, labeled a traitor to his country and described as anti-Semitic because he dared to say that Israel practices apartheid. Yet he continues to perform unpopular work in the name of peace.

Sure, Hamas occasionally behaves stupidly. What is to be gained by its over-the-top rhetoric to annihilate Israel or to cross the border to kidnap Israeli soldiers? Of course, the US doesn't behave any less stupid with its grand, but tragic adventure into Iraq and its own rhetoric against Iran. Equally stupid is its insistence to condemn the idea of talking to a political group that represents, for better or worse, all Palestinian, or at least the majority.

Consider, however, Carter's efforts to deal with Hamas. He has accomplished more in the past week than the Bush administration has in more than seven years and more than the Clinton administration when it decided that Hamas was the bogeyman.

By simply meeting with Hamas Carter has already shown the United States what Arab leaders have known all along. Reasonable people can separate the rhetoric from the true actions of a group. In this case Carter has gotten Hamas to agree to peace negotiated with Israel by its rival, Palestinian President Mahmoud Abbas as long as it is ratified in a referendum by the Palestinian people. Even if Hamas did not agree with the terms of the agreement, they would leave it to their people.

That's a far cry from wanting Israel wiped off the map.

Carter also recognizes what everyone else in the Middle East already knows. Refusing to bring Hamas to the negotiation table is not working. Rather, we have seen President Bush, Dick Cheney and the hapless Condoleezza Rice trudge up to the White House attic, dust off the same old peace plans, slap a pretty new cover on it and try to shove it down the Palestinians' throats without discussion or so much as a single concession from Israel.

"We believe that the problem is not that I met Hamas in Syria," Carter said in speech in Jerusalem on Monday. "The problem is that Israel and the United States refuse to meet with these people, who must be involved."

While Carter has done great things during his trip, I am not so naïve to think that peace can be achieved anytime soon. Hamas agrees that peace can be accomplished if Israel returns to its pre-1967 borders and allows refugees to return to the homeland. This is essentially the same proposal outlined in the 2002 Arab Peace Plan authored principally by Saudi Arabia. But it's been six years. While Israeli leaders make noises that they like portions of it, they have yet to seriously open negotiations to discuss details.

The problem I see is not Hamas. Far from it. The United States needs to ignore the Israeli lobbyists and its fears of anti-Semitism allegations, and apply pressure to Israel's leaders to act in good faith. Carter, for all of his good intentions, doesn't have the weight to apply this kind of pressure. We've already seen the petty behavior of Israel by refusing to grant Carter protection. Why would Israel consider his pleas for reasonable accommodations for the Palestinians?

Please don't lump all 300 million Americans together and assume that all of them approve of the government's support of Israel, as that is far from the case. Many Americans abhor the policies and cannot understand why the US government continues to ignore the feelings of the Arab/Muslim world. Believe me, there are MANY Americans who are tired of the US's continued backing of Israel, know the truth about what is happening in Palestine, and sympathise with the Muslim's mistreatment worldwide. Carter is a great statesman whose actions are appreciated by many Americans.